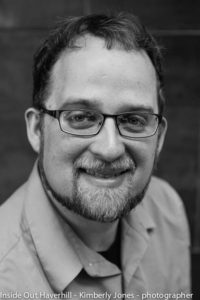 Ben Yosua-Davis hosts a podcast called “Reports from the Spiritual Frontier”, which chronicles the day-to-day lives of those who are innovating new forms of spiritual community in the United States. He is also worship leader for the Two Year Academy for Spiritual Formation, a two-year formation process in the foundations of Christian spirituality, which welcomes leading spiritual thinkers from across the ecumenical spectrum.

Previously, he lived in Haverhill, MA, where he co-planted a new church called The Vine. It was one of the earliest mainline missional church expressions, gathering in homes and coffee shops, hosting Free Markets, game nights, and block parties, and working as a community partner to make its city a better place to live.

He now lives on Chebeague Island, ME with his wife, Melissa, his daughter Genevieve, and his son Michael, where he directs the community chorus, hosts Dungeons and Dragons for island children, and delivers tins of cookies to unsuspecting neighbors. When not wearing one of his myriad hats or hanging out with his son, you’ll probably find him reading comics, watching basketball, or pretending that he’s a competent gardener.

What People Are Saying About Reports

“I continue to learn about the unfolding landscape of 21st century Christian community formation with each episode of Reports From the Spiritual Frontier. I call it the Book of Acts for the 21st century. As I travel all over North America talking about what faith formation looks like in a post Christendom context I always recommend the podcast as a portal to that future. Thank you Ben for your vision and the creative way that you curate this podcast.” 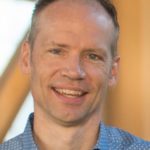 “There is a paucity of podcasts out there that share insightful, engaging conversations with church leaders, which is why I’m grateful for Reports From the Spiritual Frontier and why I gladly support it. Benjamin’s passion and energy come through and his voice is one that is needed in these times of uncertainty for the church. You will feel a sense of needed hope after listening!”

Christian Coon, Founding Pastor, Urban Village Chicago, author of “Failing Boldly: How Falling Down in Ministry Can be the Start of Rising Up”

“Ben is curating some of the richest and most practical wisdom from across our communion. If Reports From the Spiritual Frontier were a Medieval resource, it would be in a chained library to ensure the safe keeping and stewarding of the treasures stored herein. Happily, the wisdom Ben is collecting is anything but chained down. It is being loosed for the good of the church and the love of the world. Reports is a repository of encouragement, challenge and holy wondering as we continue to participate in Trinity’s never ending creative work.” 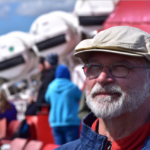 “Reports from the Spiritual Frontier is a fabulous resource for folks who are unsatisfied with merely the status quo.  Benjamin Yoshua-Davis seeks out pioneers and thoughtfully helps them to tell their stories.  The result is inspirational and thought-provoking, which is exactly what people who are dreaming of new directions need!” 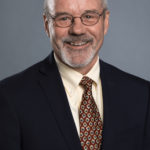 “The changes occurring in our religious landscape today are perhaps greater than at any time since The Reformation. Reports from the Spiritual Frontier give us a glimpse into a whole new landscape that is being envisioned, tilled, planted and shaped through the stories of pioneers who are working at the edges. I look forward to listening to every episode of this important podcast and I always find that my own spirit is refreshed in doing so. Thank you, Ben Yosua-Davis, for stories and people you have introduced me to over the years. I look forward to next episode!” 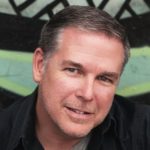 “Ben is a rarity these days…he is both a kind solo and a wise business man. He also has the natural ability to put a person at ease immediately. After just a few minutes with Ben you feel like you have known him for a lifetime. This ability makes Ben the kind of person that everyone can relate to and get along with. His gifts and graces are as good if not better than anyone I have ever met.”