For the first time in my life, I won’t be watching the NFL at all this fall.

I need to name this publicly and explain why. (For my own sake, really.)

(And, for the record, this is my story and my decision. Your story and your decision don’t have to be the same as mine, and that’s completely fine.)

(Also for the record, I had plans to write a four thousand word essay on the NFL and the concepts of attachment and detachment, entitled “Goodbye, Tom Brady”, complete with several winsome stories and a Denise Levertov quote at the end. After six months of procrastinating, you got this instead. (I’m sorry. Or you’re welcome.))

The NFL has been the most important sport in my life. I remember running upstairs at 1:30 in the morning in January 2002 to wake up my dad and let him know that “Oh my God! The Patriots have the ball and they’re about to kick in the snow!” Football was the Sunday afternoon fixture in my household on weekends home from college; it was how my now-wife wormed her way into the family by doing ice cream runs at half time; it was the only time I woke my dad (and the household up) at 1:30 in the morning (2012 – the Tuck Game); it was the first time I had dreams when a team lost the Super Bowl (2007), where I screamed like a maniac (2015) when no-name Malcolm Butler intercepted the potential game-winning touchdown pass in the end-zone. It was the place, where, even in the hard years of college, the soul-crushing final years in professional ministry, I could make the world stop: where I could pour myself into something that had no stake on what was going on in the rest of my very demanding life. The fact that I was following the best dynasty, the best player, and the best coach that I will likely ever follow in my lifetime made it even sweeter.

However, my experience of the sport became much more complicated over the last few years. There were the pictures of Greg Hardy’s girlfriend and Adrian Peterson’s child, both of whom were beaten, and whose abusers were allowed to keep their jobs in the NFL. There was the news that football causes permanent brain damage and that the NFL destroyed people’s careers to cover it up. There were Colin Kaepernick (and now Eric Reid), shamelessly blackballed from their jobs because they chose to protest police violence. There was Bob McNair, owner of the Houston Texans, using racist dog whistles to refer to his players and the NFL ownership groups, who more visibly than any other support, lined up behind Donald Trump’s presidency (including the most prominent figures on the Patriots, from quarterback, to coach, to owner.)

I began to wonder: given that all our entertainment is problematic, at what point does it become too problematic for me to ethically enjoy?

I remember talking with some of you about this last fall on Facebook. All us football fans on my status were pretty damn resistant to suggestions that maybe we should stop watching.

And, I have to say: people who don’t follow sports don’t realize what what it means to ask someone to give up a game like this. You’re giving up a weekly moment of emotionally-necessary catharsis at the end of weeks where you have to absorb so much open-ended pain, you give up your status in a tribe that allows you to strike up a conversation with party-goers, gas station attendants, and people on the street. You give up a hobby that you can care about passionately, while also knowing that it doesn’t REALLY matter, a beautiful gift in a historical moment where it feels like everything has high stakes.

That Facebook conversation sat with me like a stone throughout the fall (as I didn’t watch football) and the playoffs (as I did.)

I kept thinking about how not one of my football loving friends (including myself) could come up with a good defense for why watching the NFL was okay, besides “But I like it!” or “All sports are bad so we should just watch them all!”. I kept thinking about how every person on my status who said, “Not watching football won’t make a difference” was a white male (and how the person who said “your choice does make a difference” was neither.)

I began to wonder if rather than asking, “Will me personally not watching football make a difference?” that I should ask “What does it say about me that I still enjoy watching?”

That question really disturbed me.

How can I say that follow the Sermon on the Mount and then watch a sport that condones family abuse, deifies the military, silences and dehumanizes black men, and actively supports a leader who has actively sought the harm of the people who God loves?

How can I say I’m trying to be a good white ally when my friends who are people of color say, “You really shouldn’t watch this” and I say, “I’m going to watch because I like it, and my view really doesn’t count anyway.”

In the end, it was my constant wrestling with those questions every time I turned on the TV on Sunday afternoon (or didn’t but wished that I could), that began to make me wonder whether it was time to say goodbye to this sport I loved. And, it was the last six months: the most dramatic period of emotional and spiritual healing in my life that convinced me that I didn’t need football anymore to be a functioning human being.

What will I do now? I’ll watch basketball. I’ll play with my son. I’ll have to take some deep breaths when I feel like my Sunday afternoons are not quite right anymore. I’ll agonize about whether I was right to do this or whether this is just the excessive angst of yet another white progressive.

But all that being said, for now, I’ve put my Tom Brady jersey away and I’ll wait to come back until people like Shaun King and Leroy Barber tell me it’s okay to do so.

As I said, this is just my story. It doesn’t have to be yours. It took me a lot of years to get here, and even as late as last fall, I was just not able to make the leap, despite my deepest convictions. I don’t expect that football has the same place for you that it did for me or that you will share my burning need to change viewing habits. But – I hope that some of my questions might trouble you as much as they troubled me; and whatever you do, you will take some time to wrestle with them, even as you sit down for that ever-so-meaningful Sunday afternoon ritual. 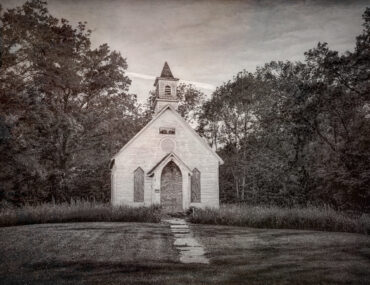 Homesick In Our Spiritual Homes: Solastalgia and the Church

A New Podcast Needs Your Input!