Regardless who wins this election, there is one thing I’m sure of:

The American Church is done.[1]

In a very public way, evangelical Christians have been the most powerful force for evil in our country over the last four years; and have energetically made themselves into flagrant hypocrites for enthusiastically supporting the most un-Jesuslike political leader this country has ever seen.

Mainline Christians have been utterly impotent when it comes to mounting a compelling spiritual response, consumed as they are by their fear of conflict, terror of institutional decline, and profound spiritual apathy that gives them no better response to the last four years than perhaps “Be a secular progressive and use some Jesus language!”

All this means that publicly, American Christianity now stands for:

In other words, any claims that American Christendom ever had to moral authority have now completely collapsed.

I realized this morning that If I had not grown up steeped in both scripture and Christian community in the best possible way, there is no way I’d ever be a Christian; precisely because all my deepest held values stand in direct conflict to those above. American Christianity has become the Church of Assholes, with Jesus as the chief one, proudly validating every worst expression of what it means to be human.[2.5]

And if that’s true for me, then why in God’s name would anyone, especially anyone under the age of about 35 ever consider Christianity as anything other than a vile, anachronistic expression of hatred that deserves to be relegated to the dustbin of history?

For those of you who are churchgoers, the bottom line is this: your particular Christian tribe is toast.

Your church will most likely not grow, as you’re now nested in a religion considered so profoundly toxic by the people around you that being Christian could be considered an active moral embarrassment.

Your judicatory bodies and your local church will almost undoubtedly collapse under the weight of financial pressures and turn to dust before your sleepy, tradition-worshipping members wake up to the fact that the time to change has more or less passed.

Your children, unless you approach their spiritual formation with an incredible amount of intention, will likely leave the religion of their youth as soon as they can; judging (with some truth) that mom and dad’s religion doesn’t seem to be helping anyone become a better, more joyful, more loving person.

And what will be left besides dust and ashes?

Probably just a few groups of people living life together with great fidelity, structured in a way that they can sustain themselves with very few financial resources, as this American Christianity fades into memory and they themselves re-learn what it means to follow Jesus when they’re not utterly co-opted by imperial, capitalistic, industrial modernity.

And lest you think that your church or denomination will escape what I’ve just described: remember that God is the cause all of this.

For God heard the cry of those oppressed by those who claimed God’s name,

God sent the prophets whose voices were silenced by false religious leaders,

God saw the shameless acts of infidelity, in action and inaction, by those who were so audacious as to claim to be God’s very body;

And God saw how their ears were deafened, their eyes shut, to God’s persistent calls to repentance,

And so, in God’s fury, God used Donald Trump to make a public mockery of the American Christian myth[3]; to expose its spiritual nakedness, to make its name a byword, and, in doing so, to guarantee the downfall of those who would blaspheme the love of God through their hateful words and actions.

You cannot stand against this God, because God is working for the liberation of God’s hurting people and to free those who have been spiritually trapped by that which has called itself of Christ but has been of Satan.

And so, if you’re not having conversations about selling or renting your building; about cutting your pastoral staff, about figuring out how to configure your ministry so it can run without giving for decades; and more importantly, if you’re not covering yourself today in sackcloth and ashes; if you’re not on your knees, begging for God’s mercy and forgiveness; if you’re not reaching out to every one of your traumatized neighbors to apologize for your church’s hypocrisy through action or silence, and then serving them with desperate, openhanded intention:

Then don’t expect to escape the wrath that is to come.

[Wow, this post generated a lot of feedback. My response to some of your questions can be found here.]

[2] You could probably add, for a certain demographic: Pews, Grandma’s Favorite Old-Time Hymns, and Those Easter Flowers as well.

[2.5] After getting your feedback, I’m now aware that I wasn’t clear enough here either. No, I don’t think all Christians are assholes or that Jesus is an asshole. Rather, this is about perception. It’d be clearer to say, ““It is the near-universal experience of people under the age of 35 that American Christendom has become a church of assholes.”

[3] To be clear, I’m not saying that God was the reason Donald Trump was elected. That was our own damn fault. Rather, that God worked through the election to expose the hypocrisy of the American church. 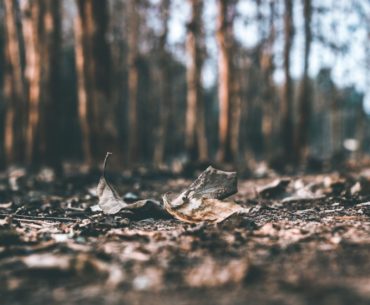 [I originally wrote this as a featured article for the BTS Center’s December issue of Bearings, their online magazine. Many thanks for letting me… 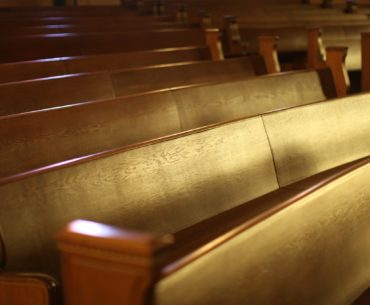 Here’s my process for the guaranteed renewal of your church in just two steps. Step One: Just fucking do something. What does I mean?…

What the Christian Response to Merry Christmas Starbucks Is Missing

If you have been on social media over the last week or so, you’ve no doubt heard about the Starbucks Red Cup Controversy.[1] In a…

Church Is As Simple As…

I asked people on facebook to finish the following statement: “Church is as simple as….” Here are the responses I received. …Offering a meal,…