Spontaneous Naps Taken While Kids Play Loudly Around Me: Many
Scenes of Muppet Christmas Carol Slept Through: Three
Times My Children Have Imitated Dad By Pretending to Spontaneously Fall Asleep In A Chair: Several
Number of People Helping With House: One Crowd’s Worth (See below)
Fall Stressed Saved By One Crowd’s Worth of Helpers: Considerable
House Status: Mostly Cleaned, Partially Wired, Moderately Sheetrocked
Home Owner/Renovator Status: Tired and Grateful

We are now very officially in the grind portion of the renovation experience. After having practiced the art of fifty hour weeks for the better part of the fall, I’ve discovered that my body has reached the very early parts of the “Not As Young As It Used To Be” stage of life. I am now perfecting the technique generally reserved only for the aged uncles among us: the ability to fall asleep in my chair almost at the drop of a hat. In the past month, I have fallen asleep at the dinner table, while ensconced in an arm chair (the traditional location of all people who practice this wonderful dark art) in three separate living rooms, while surrounded by two to four exuberantly playing children, while watching a movie (what did happened with the Ghost of Christmas Past say to Michael Caine and a horde of puppets? I honestly couldn’t tell you,) and, in my coup de grace, while sitting on the top of a set of bulkhead basement steps in between handing tools to the person who was installing a basement door at the bottom of said steps.

Needless to say, life right now is sustained by a lot of caffeine and 8:00PM bedtimes.

But, rather than telling you about my exhaustion, a state which will no doubt deepen and develop new complexities, like a fine wine, until we move in; let me tell you about the friends, without whom, even my spontaneous micro-naps would not be possible.

Every project needs its angels and that’s especially true in a year when one loses two and a half months work of work time due to bad reactions to vaccines and losing internal organs. In a spirit of post-holiday gratitude; here are a few people I’m more than a little thankful for as we officially enter the Final Stretch this year.

Shelby Campbell and Celia Whitehead – Dear friends, Islanders-in-Spirit, and nascent geeks who I have slowly been converting to the Cult of Tabletop Role Playing Games. They’re the only people I know who would say, “You know, we can just come out and help you with your house this weekend, rather than play Dungeons and Dragons”, and moreover, would genuinely mean it, and then, when asked, would give up a full weekend-and-a –half to do so, and moreover, would do so when the primary task was installing bats of mineral wool insulation, a substance so itchily pestilent that it will cause all your exposed skin to break out in rashes and your lungs to sound like they’re breathing through a cheese grater, and moreover, will do so with such shocking speed and efficiency that you’re pretty sure that having each of them on your job is roughly the equivalent of having a team of about twelve well-trained professionals, rather than two people who decided that they were “excited to learn how to install insulation”, a phrase which has never been uttered before by any human on the face of the planet.

The Indigenous Peoples’ Day Weekend Crew – My brother Matt (who boated out to the island only to spend his entire day alone in a room installing a tricky plaster patch on a ceiling), along with sister-in law Patsy and two kids,, to the Short’s (Emily, Dalton, and their kids, Ari and Zooe), my wife, John the Wizard (who also spent a day in a basement installing foamboard panels on the wall), who helped us make up some of the lost ground from my year of health excitement.

The Chebeague Island Tool Bank: Jay Corson, Joe Ballard, Specs Eaton, Kim Boehm (see: Electrical Sensei) Chip and Jen Corson, Dick and Stephanie (our future next door neighbors), all of whom are willing to lend fasteners and tools at the drop of a hat, with seemingly no concern about when they would be returned. (I’m proud to announce that I’m ALMOST at tool-zero right now, but for one rogue hammer drill.)

My Dad – (Whose name is Michael, in case you’re wondering where my son’s name came from); also known as the Best Dad Ever, who has been out for the better part of half a month since September, and has patiently performed his half of our Keystone Cops Do Home Renovation Routine that the two of us have been perfecting for the last decade or so. (Pro Tip: whenever anyone says, “Can I come out to your island? I’d love to just do some work on your house on my own.” You response should always be “Yes”, followed by lots of surreptitious celebratory dancing.)

Hugh Kellam – A Canadian of such incredible kindness and humility that he makes me want to become Canadian myself. Coming from a place of generosity that is still more or less inaccessible to me, he offered to spend a couple days of his hard-earned island vacation helping me install plumbing in John (Best Friend Ever/Island Wizard)’s unheated, dirt-floored, definitely-smelly basement. And sure enough (more stories to come in a later post!), we pulled it off in two days flat, even with multiple island supply disruptions, with Hugh patiently teaching me how to install drains as I slowly got high off of solvent fumes.

There’s more to be said. Stay tuned for the epic of the Missing Shower Drain, a six hour ordeal that involved a memorable encounter with the embodied stereotype of mustached 80’s masculinity; the next Memoriam for Small but Important Things That Were Lost; and a couple Actually Unmitigated Triumphs and more; but for now, I begin this year with gratitude (and end with sheetrocking. I always seem to end with sheetrocking.)

Reports from the Island Frontier September 24, 2021 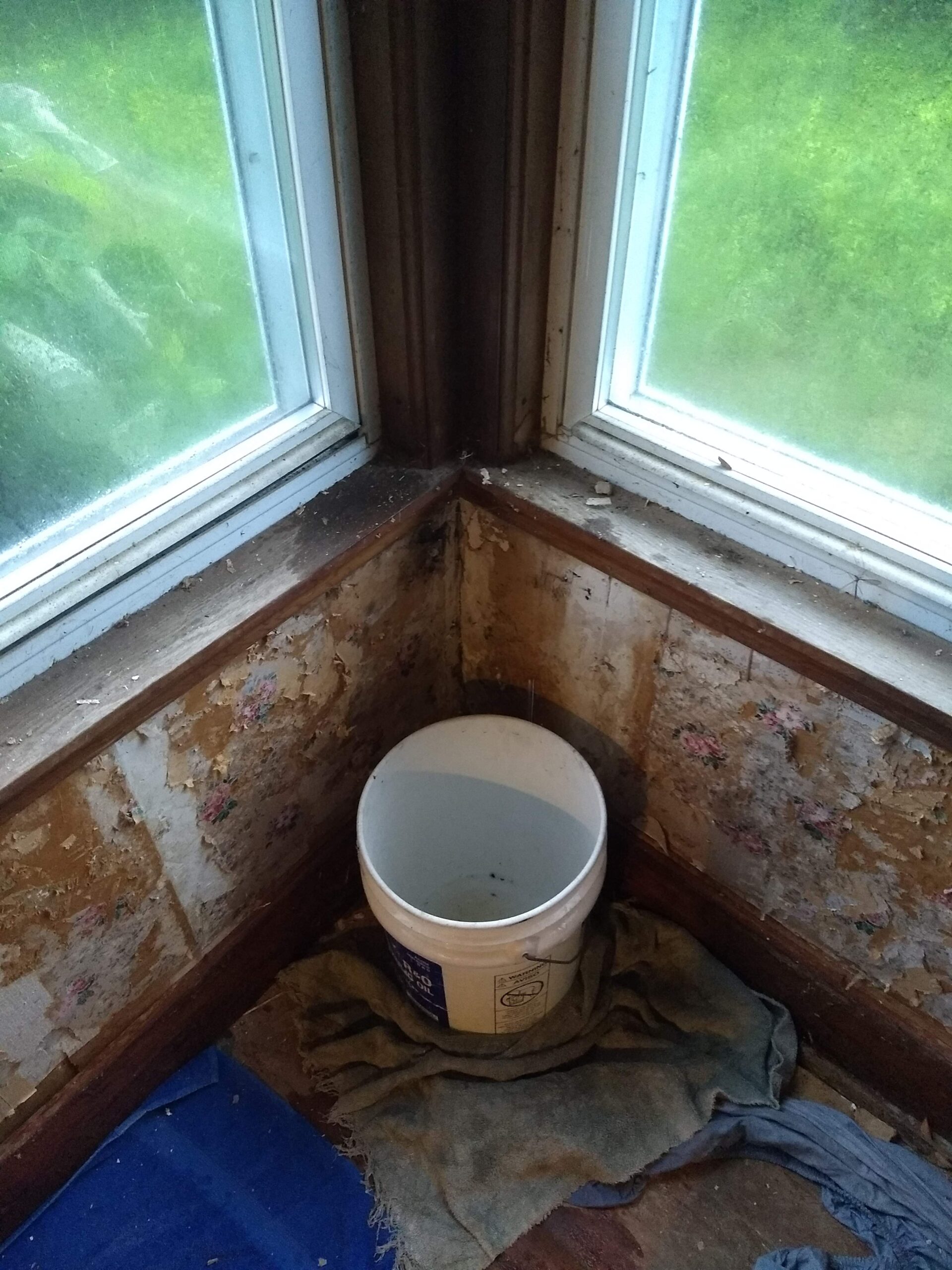 Chapter Twelve: A Few Bumps In the Road 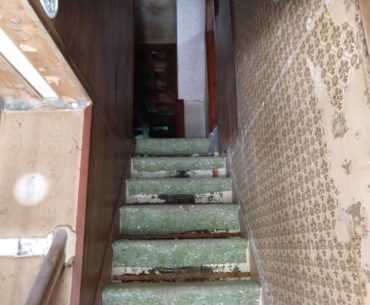 Reports from the Island Frontier March 13, 2021

Chapter Eleven: I’m Not Good At This (And That’s Good)

Reports from the Island Frontier January 27, 2021 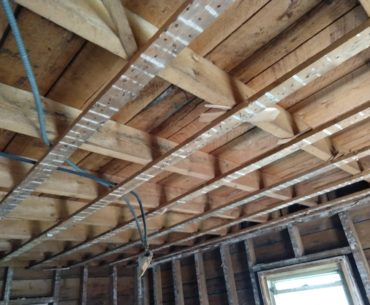 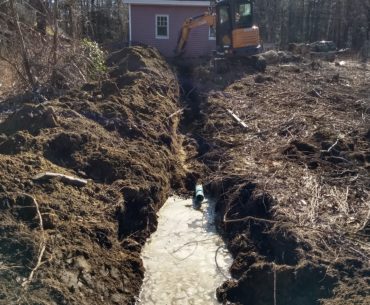 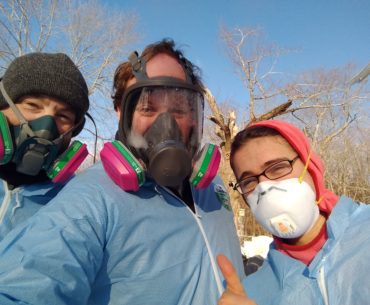 Reports from the Island Frontier March 22, 2020 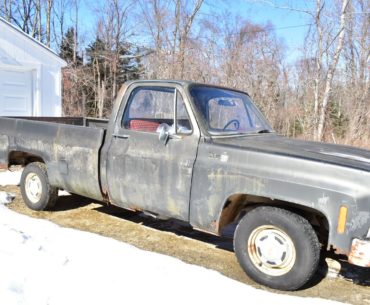 Reports from the Island Frontier February 29, 2020

I’ve now processed the brilliant set of suggestions that you e-mailed, commented, called, buttonholed, and messaged me with and ruthlessly culled them down…

Reports from the Island Frontier February 21, 2020